Seattle: A bMouse Point of View 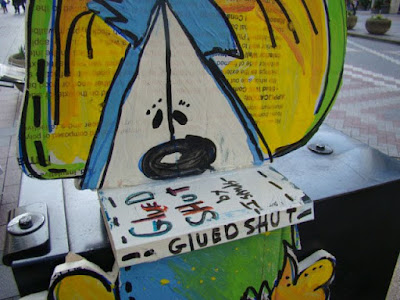 bMouse went with me to Seattle this weekend for the NAEA 2011 conference. His name is Glued Shut because the book he is made from is so bad that I did you a favor by glueing it shut... 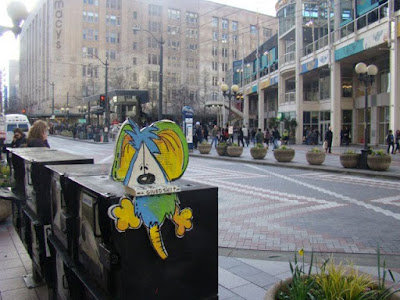 Here is the main entrance to Seattle. At least it was for me. I crawled up out of a hole in the ground somewhere right around here 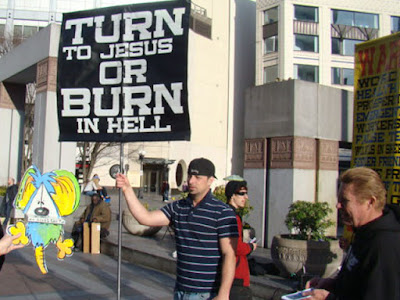 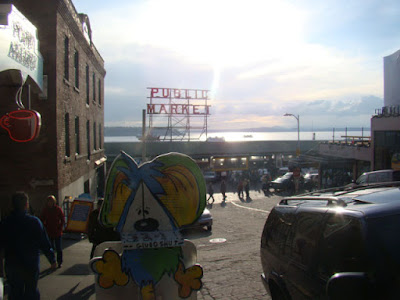 bMouse strolled down to the Market. 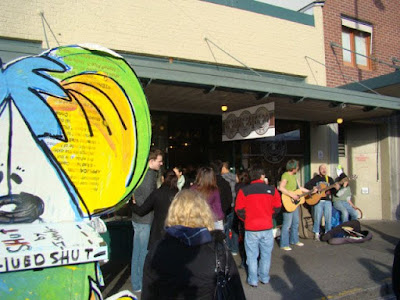 and saw the original Starbucks... and saw the line and decided he could get coffee at any number of Starbucks in Seattle... which are like grains of sand at the beach. Notice: more street musicians. 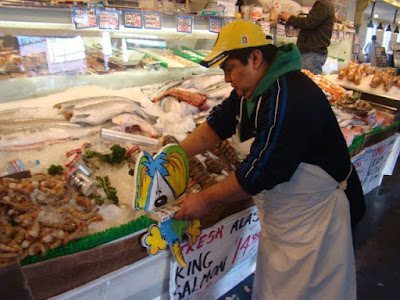 They sell lots of fish at the market. Every time they sell a fish, they throw a fish. It is very entertaining. Plus the fish are all jumbo sized. This fish guy let bMouse pose with his super jumbo shrimp.. not sure how you have a jumbo shrimp but... 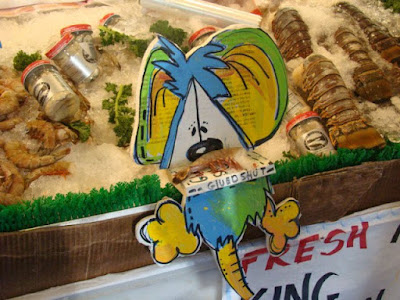 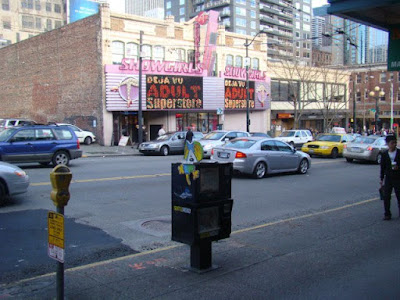 The End
Splattered by ian sands
Email ThisBlogThis!Share to TwitterShare to FacebookShare to Pinterest