Art On The Move 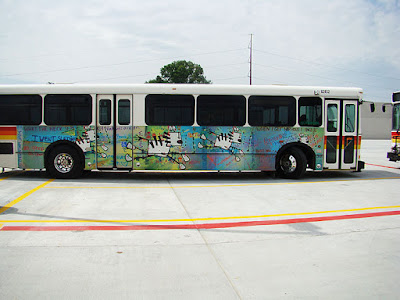 Has a chance to attend the dedication ceremony of the new City of Raleigh Transit Operation's Center. The ceremony included the displaying of three Capital Area Transit buses that feature the "Art-On-The-Move" program one of which was mine. 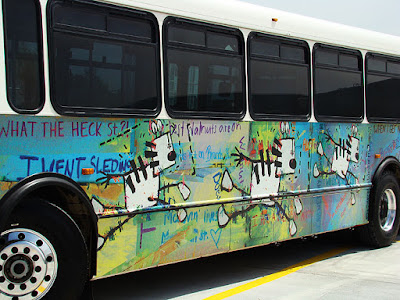 The ceremony also featured newly installed large-scale images of artwork from previous years of "Art-On-The-Move." This art will be on permanent display at the new Operations Center. One of which will be mine. How very exciting, I know! 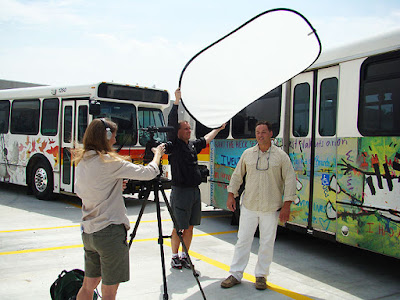 Unfortunitly, they hadn't printed my other artwork so all I got to see was the bus.. which was still fun! Only thing, it was sooo sunny that I couldn't open my eyes. So here they are filming me with my closed eyes. 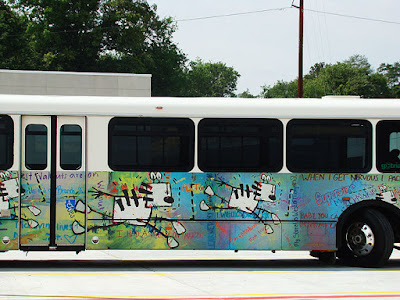 Then they wrote this article about the buses and include something about the Zonkey street bus...

Ian Sands' work is titled "Zonkey Street." The Apex High School teacher is an interactive artist dedicated to public and street art. In his work, Mr. Sands has incorporated one of his signature creatures, "The Zonkey." The creation represents two or more people interacting to create art. The background of the piece features sentences written by his students that incorporate the names of Raleigh streets. 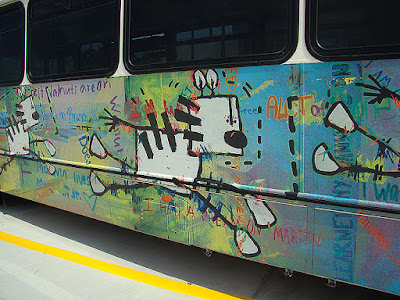 .
Splattered by ian sands
Email ThisBlogThis!Share to TwitterShare to FacebookShare to Pinterest
Tags: art on the move