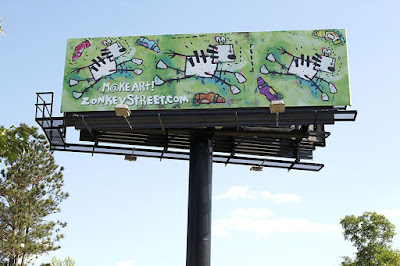 
Late last Summer while driving to the beach I started noticing the billboards on the side of i-40. I said to myself, "Self, wouldn't it be cool to paint one of those billboards."
Just for fun, I called a billboard company and asked, "How much?"

Are you going to get in on Artsplosure this year?

Would be cool to see zonkey art in the kidsplosure section.

I plugged zonkey street on my blog today.