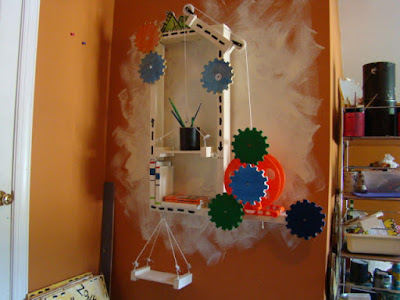 This is the piece I'm going to enter in the Region 3 Exhibition at the Gaddy-Hamrick Art Center. It's not even done and to be honest, this piece has been a bear. Nothing i've done here came out how I expected.. but i keep plugging away hoping I will like the final version. 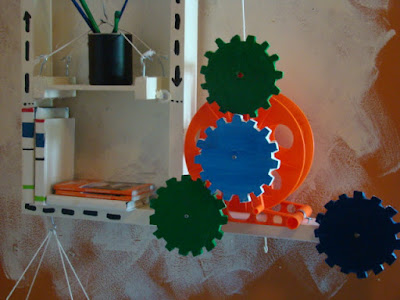 The one thing I like about this piece is that the colors of the gear create an optical illusion, tricking your eyes into thinking it is moving. 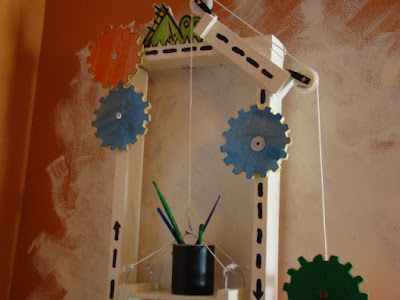 I've been working with new colors and shapes.. sort of playing with the gadget concept. It even works... sort of.. when you turn the turny thingy the rope moves along the pulleys raising the paint can. 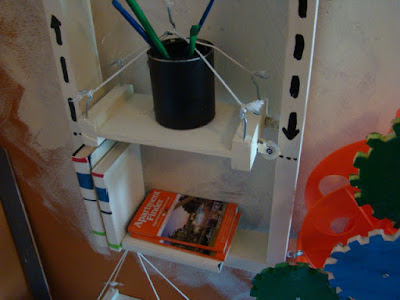 The exhibit will run from June 26th thru July 24th.

.
Splattered by ian sands No comments:
Email ThisBlogThis!Share to TwitterShare to FacebookShare to Pinterest
Tags: exhibit
New Batch of Critters Ready for the Road 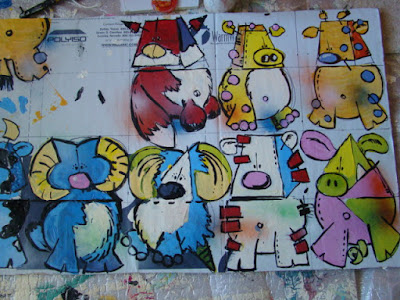 If you'd like to be part of the fun, check out the Critters on Zonkey Street Facebook Page. 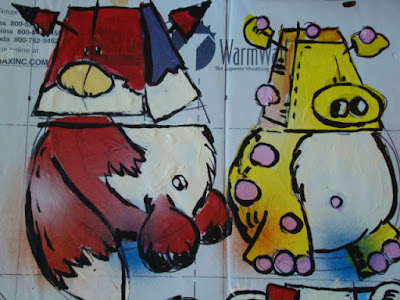 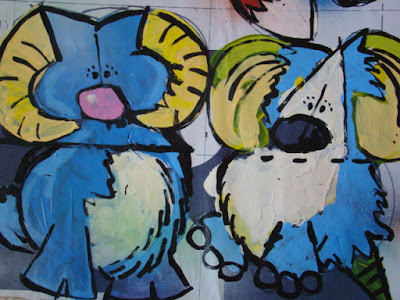 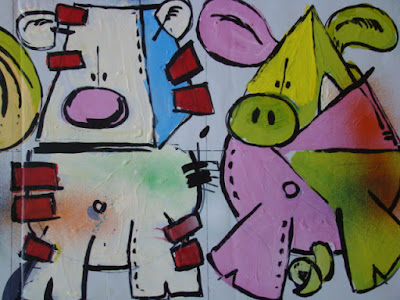 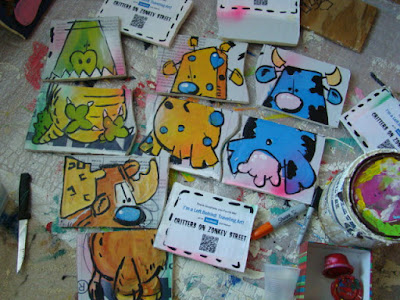 The Pollock Paint Can Shelf: Part 2 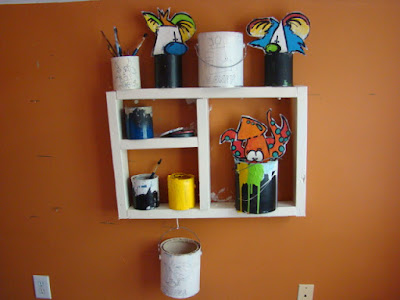 I had this idea to create a piece inspired by Pollock's paint cans. I came across a great photo of Pollock's studio showing two shelves loaded with paint cans. I set out to recreate the idea. 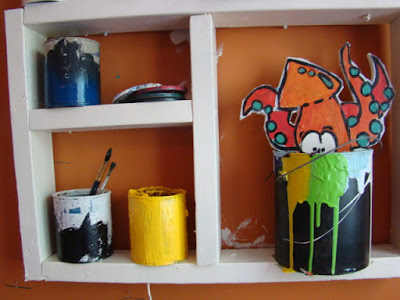 Well, nothing I did looked right. The long shelf was too long. The paint cans wouldn't balance (both artistically speaking and literally!). Finally I decided to cut the whole thing up. 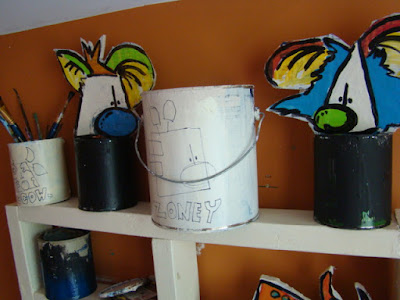 I reassembled the shelf into something that looks nothing like Pollock's shelf but looks very much like ian sands :)

Then, Alex and I took some time arranging and rearranging the paint cans till it looked and felt right. This peice is still in the works but I'm a lot happier with the way it is coming along. 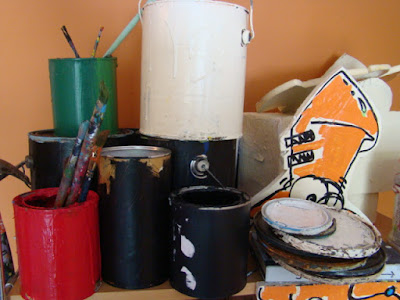 Since the original piece was six feet long and full of cans, there were a few left over. I think I will create another paint can shelf with the leftovers. 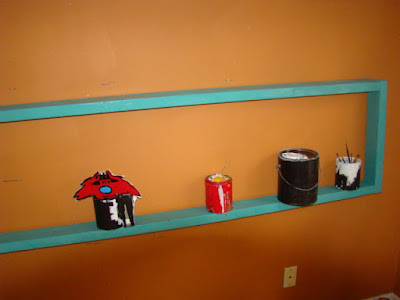 This is a shot of the shelf before I cut it up. There were a lot more paint cans that are missing from this pic but you can get the idea.