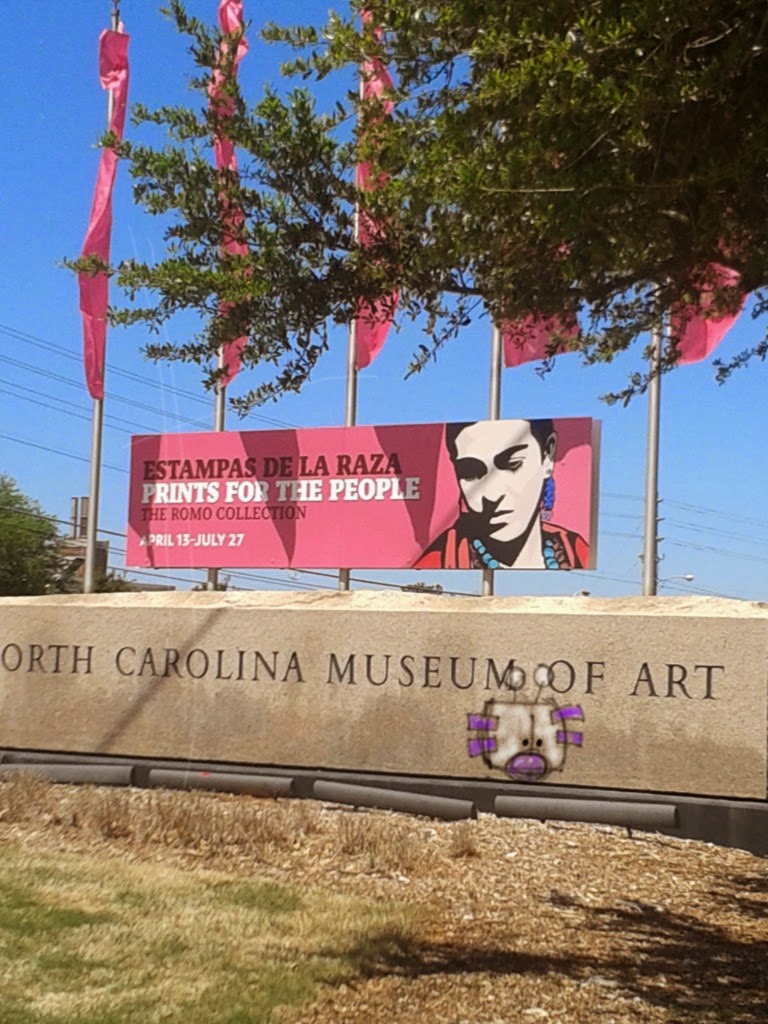 Yesterday, I stopped by the NC Museum of Art for their ArtScene 2014 Spring Teen Event. Three Apex student's work was accepted into  the show, which is pretty exciting.

The Museum made a day of it with live bands, food, art activities that everyone could participate in and even free entry into the current exhibition: Estampas de la raza/Prints for the People: The Romo Collection 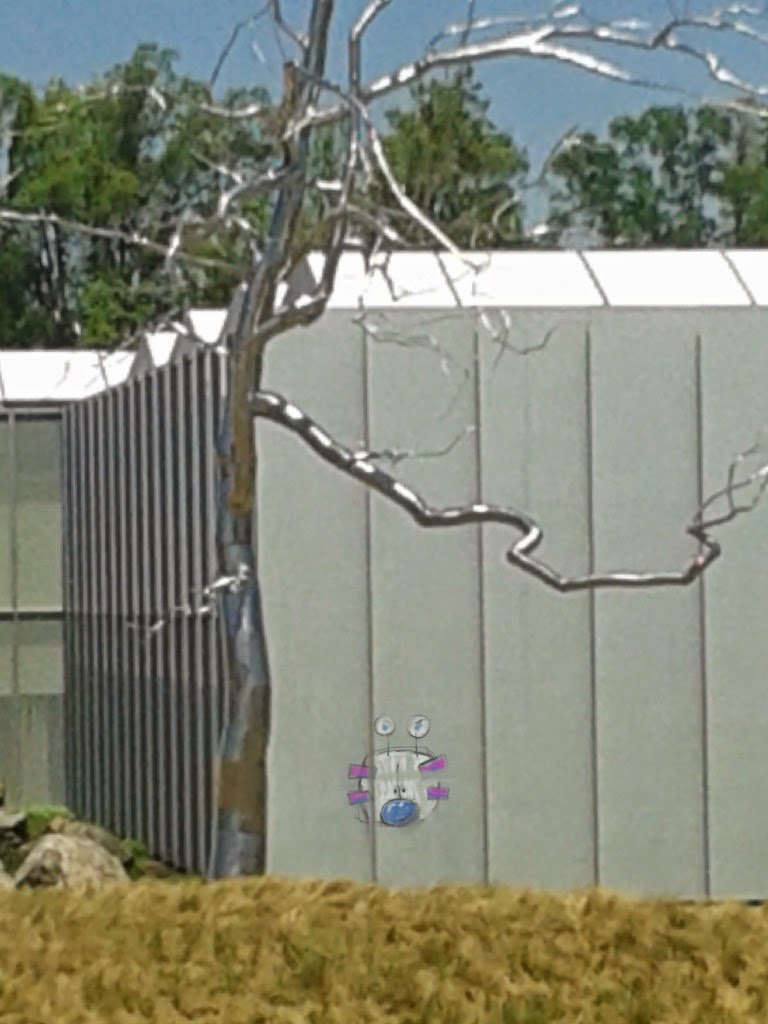 I'd like to think I have a pretty good relationship with the NCMA. I've work on a few projects with them including taking part in a think tank group for their virtual Game Design class, leading a week long Street Art workshop, and having an artwork selected for the Art of the Auction. With all that in mind, the NCMA makes a pretty good spot for a little virtual graffiti... don't you think?! 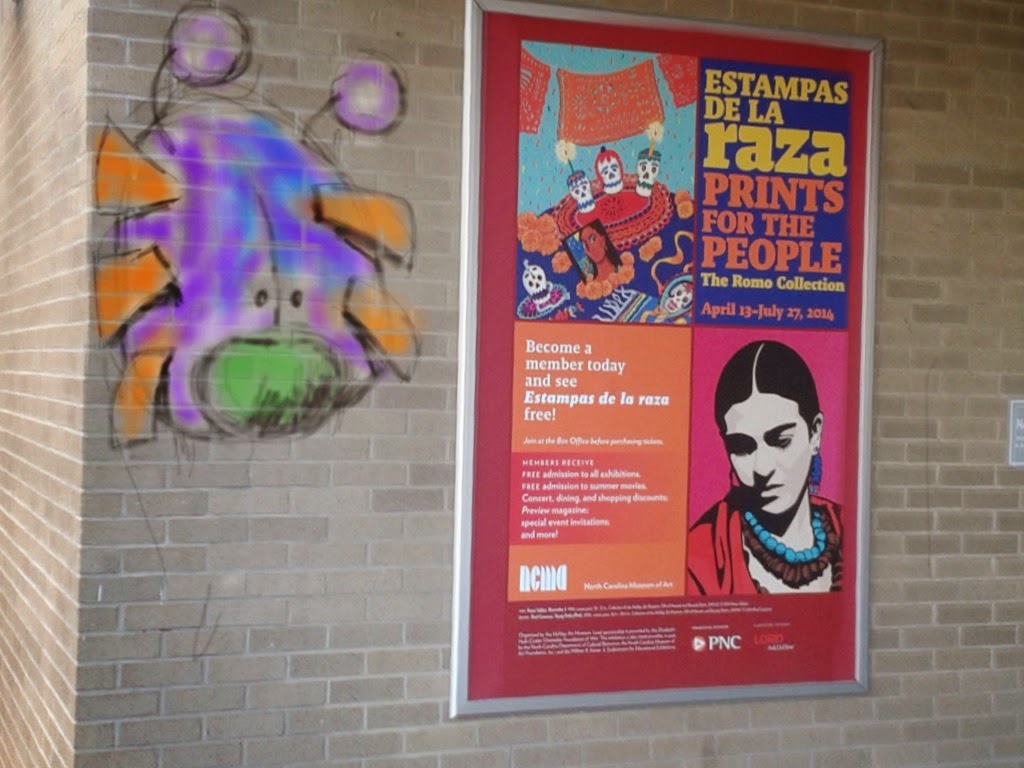 (wall at the entrance to the NCMA west building)

Did you know that there was a Zonkey born in zoo in Mexico this week?? At the same time, this exhibit about Mexican prints is opening up at the NCMA.. so doesn't it make sense that a Zonkey appear (virtually) on this wall at the NCMA??

Ok, you are hilarious! I have just taken the time to visit and read through a handful of your posts :D You have me smiling & admiring, wonderful! Plus, curious to read more & view some of the links to art info you've shared. Anywho, just wanted to ask you one thing. What APP do you use to create this photo graffiti you do so well, and place so perfectly throughout your photos too??? Thanks!!!