Christmas Day is finally here! You rip open your gift and to your delight you received a Kindle or iPad or other wonderful device that reads eBooks. How very exciting! What could make that present even better?? A Free Kindle Book!!

Starting Christmas day, and running the day after, you can download any of the following great reads for free! Check them out --> 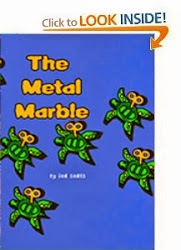 The Metal Marble:
Tucker's Aunt Nyce is his mom's little sister only she isn't that little and she isn't that nice. He has to get used to it though because he's stuck working at her beach restaurant The Crab & Grab for the next two weeks.
While hauling boxes of stinky fish from the dock, Tucker and his 11-year-old cousin Trist discover a golf ball size, transparent metal "marble" floating in the sea.
Ignoring the warnings from salty dog Chef, Tucker and Trist leave the marble in the sunshine until it dries. The marble hatches into a half real, half robotic mechanical turtle.
From the moment the marble opens, Aunt Nyce places Tucker in charge of the turtle. He soon realizes the biggest threat comes from his aunt's schemes to use the unique creature to draw customers. 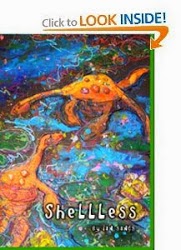 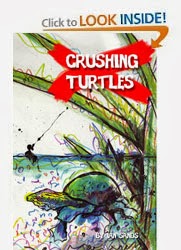 Crushing Turtles:
Tori crushes turtles. She crushes box turtles and painted turtles, sliders and musk turtles. She secretly wishes she could go to the beach and step on baby sea turtles as they leave the nest. The only turtle Tori hasn’t crushed; the only one she wants to crush, lives in that lake. It waits at the bottom buried in the mud. Tori has never seen it but she knows its there... and she hates it.